How do bacteriophages reproduce?

Bacteriophages are non-cellular and non-metabolic living organisms. This means that they are forced parasites and thus they can only replicate inside a bacterial cell, usually called a host cell (host bacteria).

Bacterial cell-supporting phage replication needs to meet two fundamental requirements: it has to be a living cell, and it has to be metabolically active. 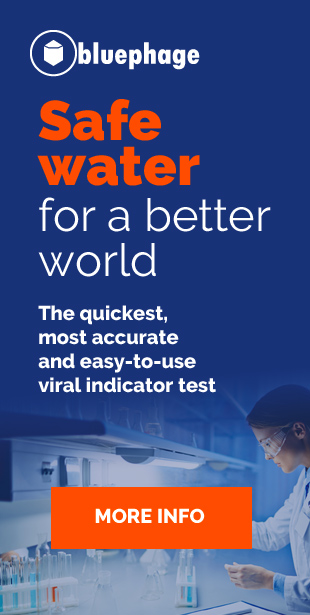 The process of the lytic cycle is divided into five steps.

First of all, the virus has to find and attach to the surface of the target bacteria. This attachment depends on the presence of specific receptors on the cell surface and determines the specificity and host range of a given bacteriophage. Different bacteriophages have different strategies or target molecules.

The second step is penetration, which consists of the injection of the viral genome and seldom molecules contained inside the capsid into the bacterial cytoplasm. This can happen through the cell wall (somatic bacteriophages) or through an appendage (flagella and the sexual pili).

Then the viral genome, using the metabolic tools of the host cell, starts replicating and the production of viral proteins takes place. This step requires the host to be metabolically active

When feces exit the gut, the change of environment causes a stress on the great majority of fecal bacteria, including coliform bacteria, that leads first to metabolic inactivity and then to death. This, together with the difficulties for viruses to come across a cell in a liquid matrix with a relatively poor concentration of phages and bacteria, makes viral reproduction outside the gut barely possible (Jofre, 2009).

The fourth step is the assembly of the different proteins and the genome, forming the capsomers that bind with each other and with the genetic material to build the capsid, and hence producing newborn virions which become visible (by electron microscopy) inside the bacterial cytoplasm.

Finally, the bacterial cell breaks, in a process known as lysis, due to enzymatic action of some proteins coded in the viral genome, and new bacteriophages are released to the media. Some bacteriophages, such as for example M13, do not lyse the cell, but this seems to be exceptional.

All this process can happen in less than 30 minutes, and at the end between 100 and 200 (depending on the bacteriophage) new infectious phage particles are released.

The amount of phages formed inside a host bacterium and released by cell lysis is known as the burst size.

During steps 2 and 3 the infectious and visible virions disappear.

This cycle follows the same start as the lytic one, but once the viral genome penetrates, it integrates within the bacterial DNA or in some cases remains as a plasmic. When integrated, it replicates at the same time as the bacterial one. It can replicate at its own rate if it forms a plasmid, but no virions are produced unless it passes to a lytic cycle due to lysogenic induction, usually as a consequence of a stress situation. This cycle is important for bacterial genetic variability but not for detecting fecal contamination, as we cannot quantify the virus that are in a lysogenic cycle.